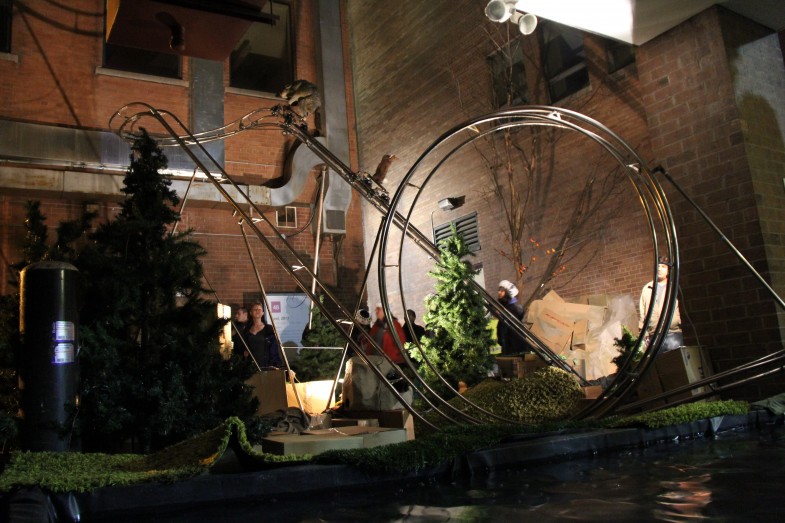 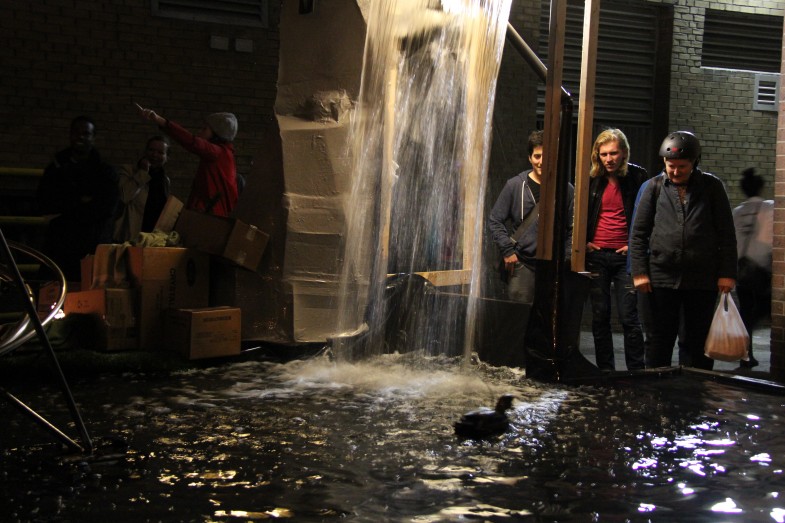 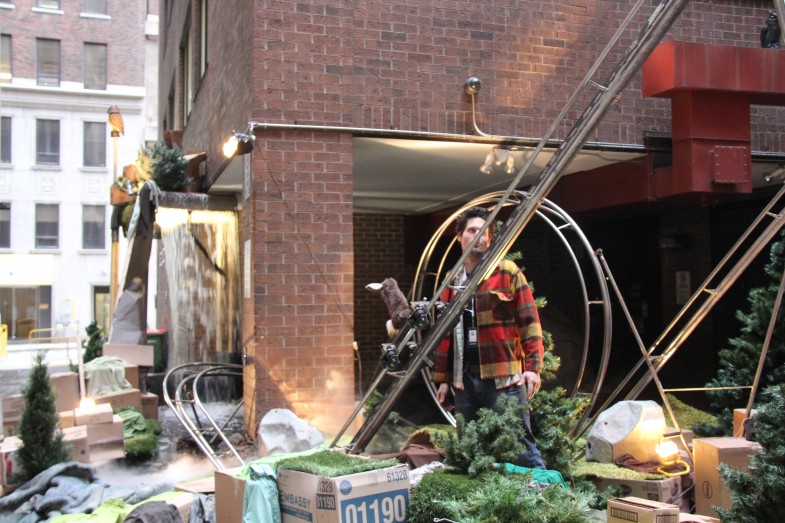 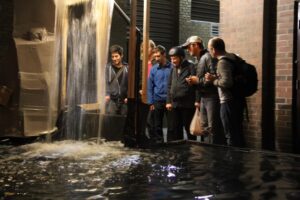 In Howl, an alley was transformed into the site of a hunt which is both theatrical and comedic. Central to the installation is a coyote-on-rabbit chase that loops continuously along the rails of a steel roller coaster. Mechanical birds and decoy deer form a flamboyant chorus, dancing along to an operatic soundtrack. A curious blend of clumsy choreography and sights commonly found in the world of the amusement park, Howl offers an absurdist take on how we represent the natural world.

Robert Hengeveld is an installation artist who is engaged in an exploration of objects which are manufactured to represent and replace what is real. Often elaborate and immersive by nature, his installations function as fantasy tableaux, filled with mass-produced decoys and artificial flora. The purpose of a decoy is multi-faceted: it is both a lure and a distraction. Though the artificial world of the decoys falls well short of achieving a convincing substitute for the living world, Howl proposes a campy vision for wildness in the city.

Commissioned for Nuit Blanche by Crystal Mowry and Ivan Jurakic